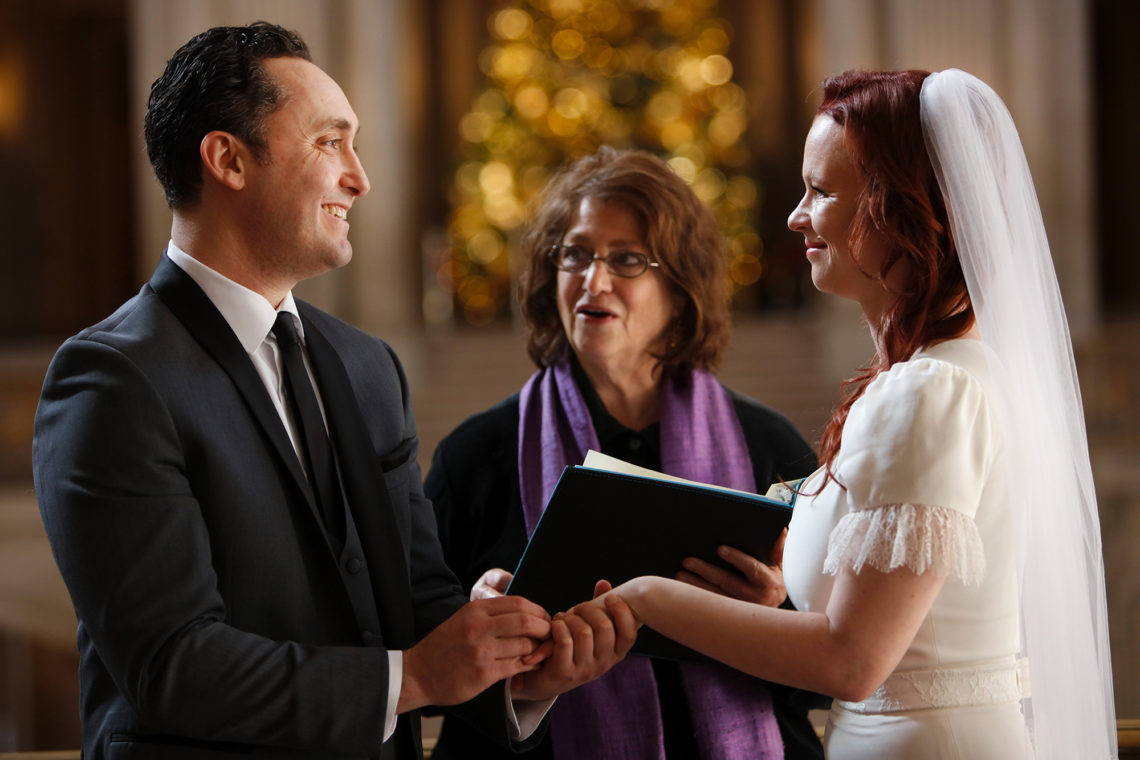 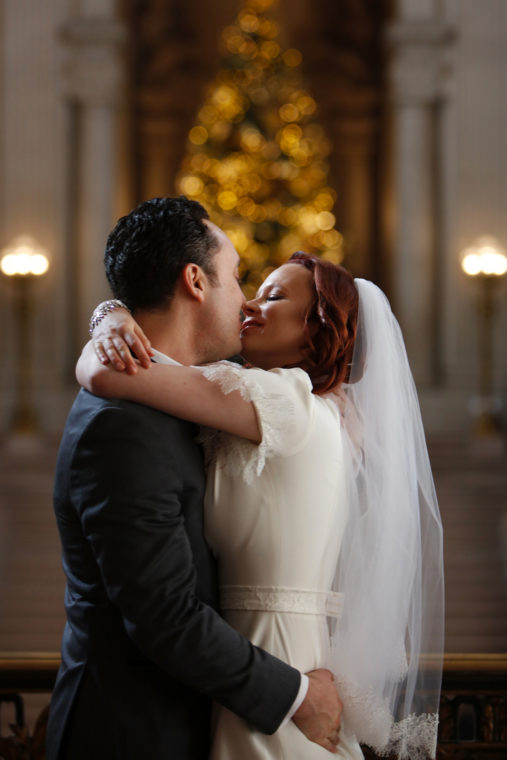 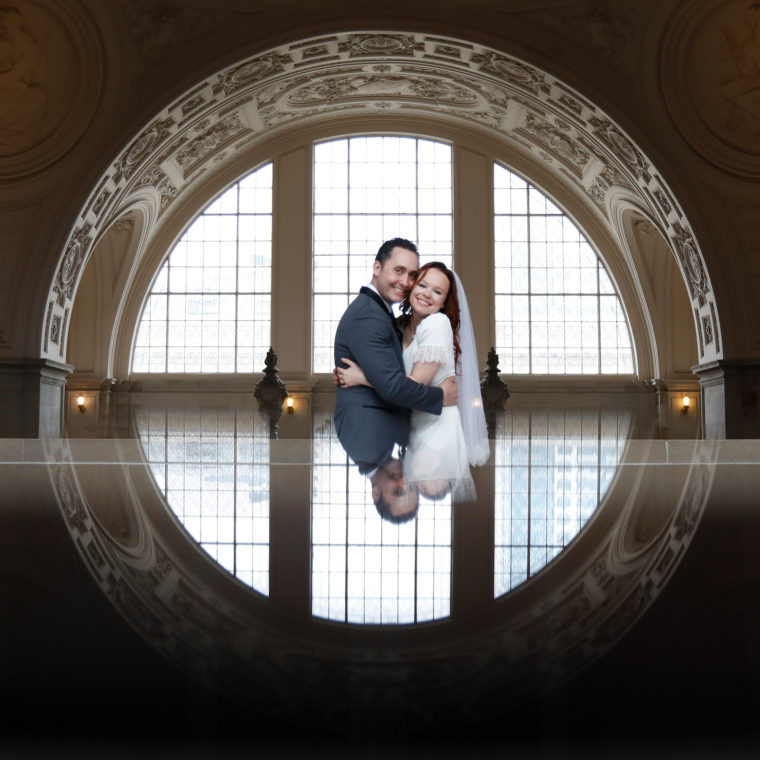 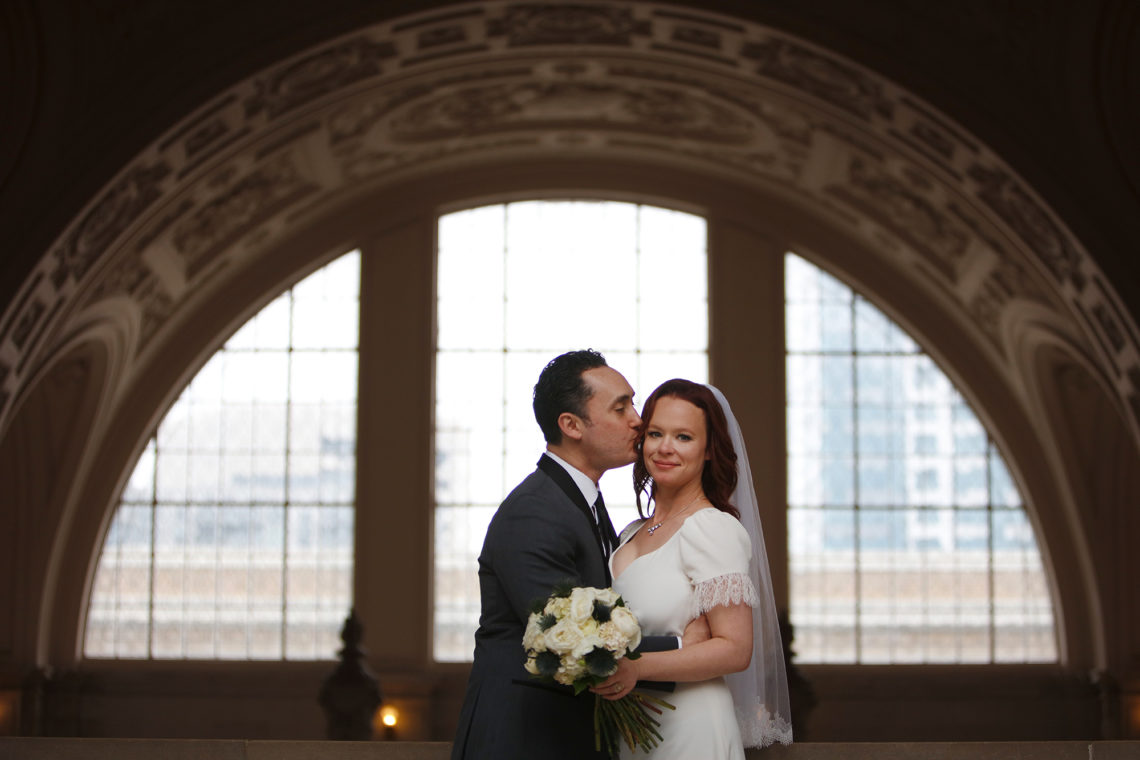 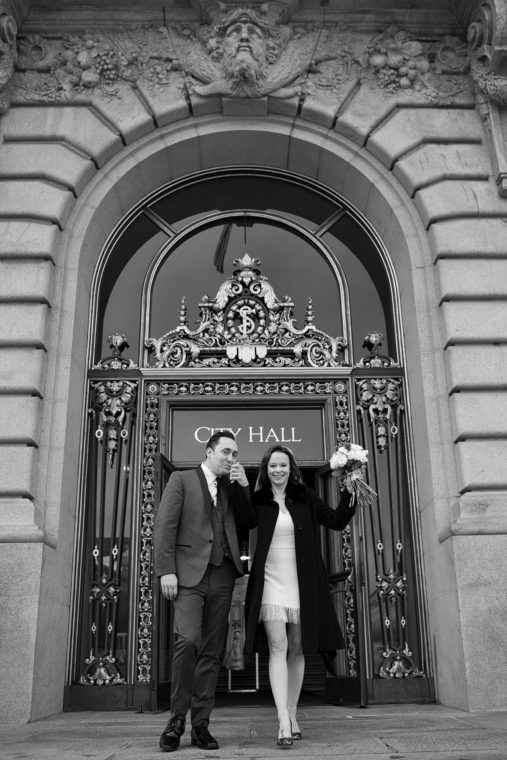 Actress Thora Birch (Hocus Pocus, Now and Then, American Beauty, Ghost World) and Michael were married on the winter solstice in a private ceremony at San Francisco City Hall.  They have always loved the city by the bay.  When Thora was in town for a film production the year before, her mind became set that San Francisco is where she wanted to get married to Michael.

Their parents and siblings flew in for the special day, local flowers were procured for Thora’s bouquet, and Christian Siriano custom-designed her dress.

The solstice, which marks the first day of winter, is considered a turning point in the year in many cultures.  So with much thought and significance to getting married, it seemed fitting that Thora and Michael chose this specific day to get married.