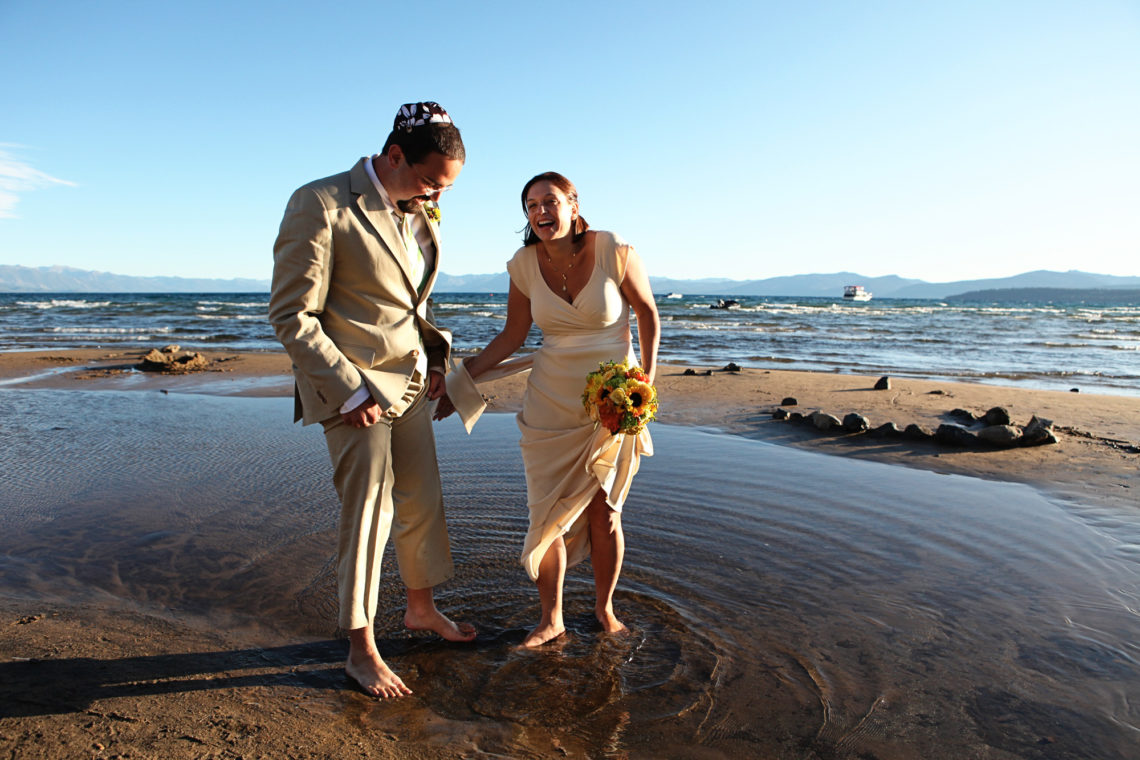 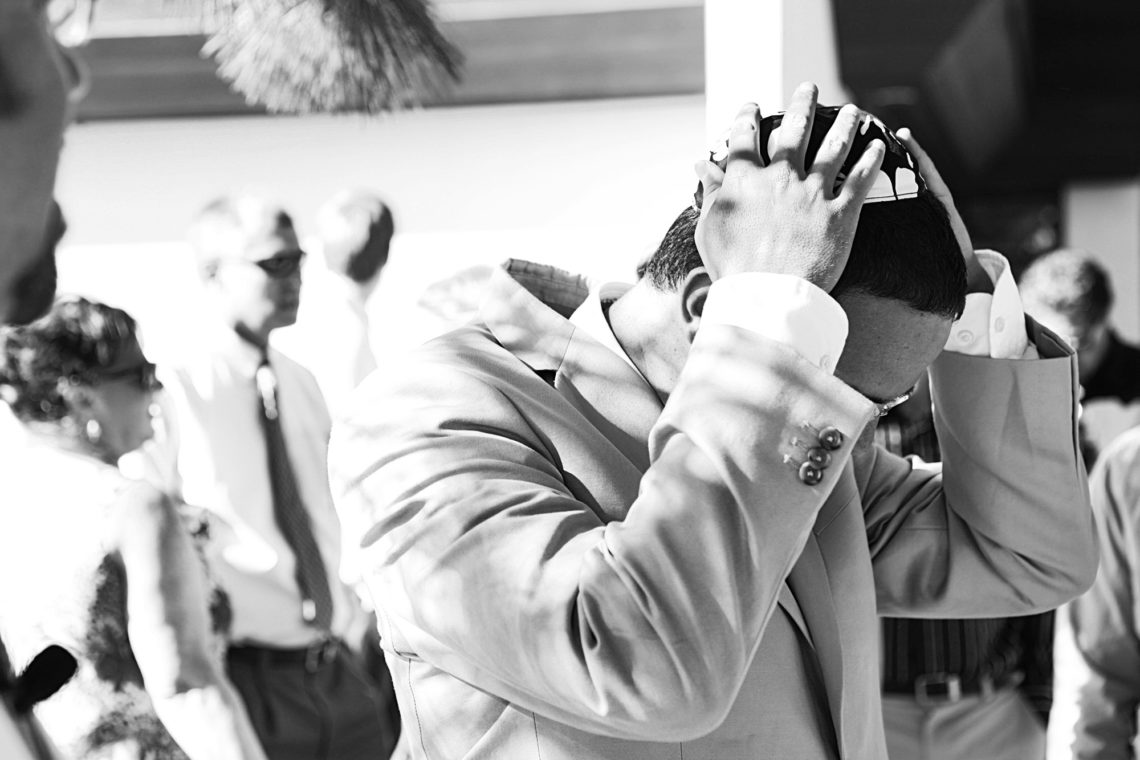 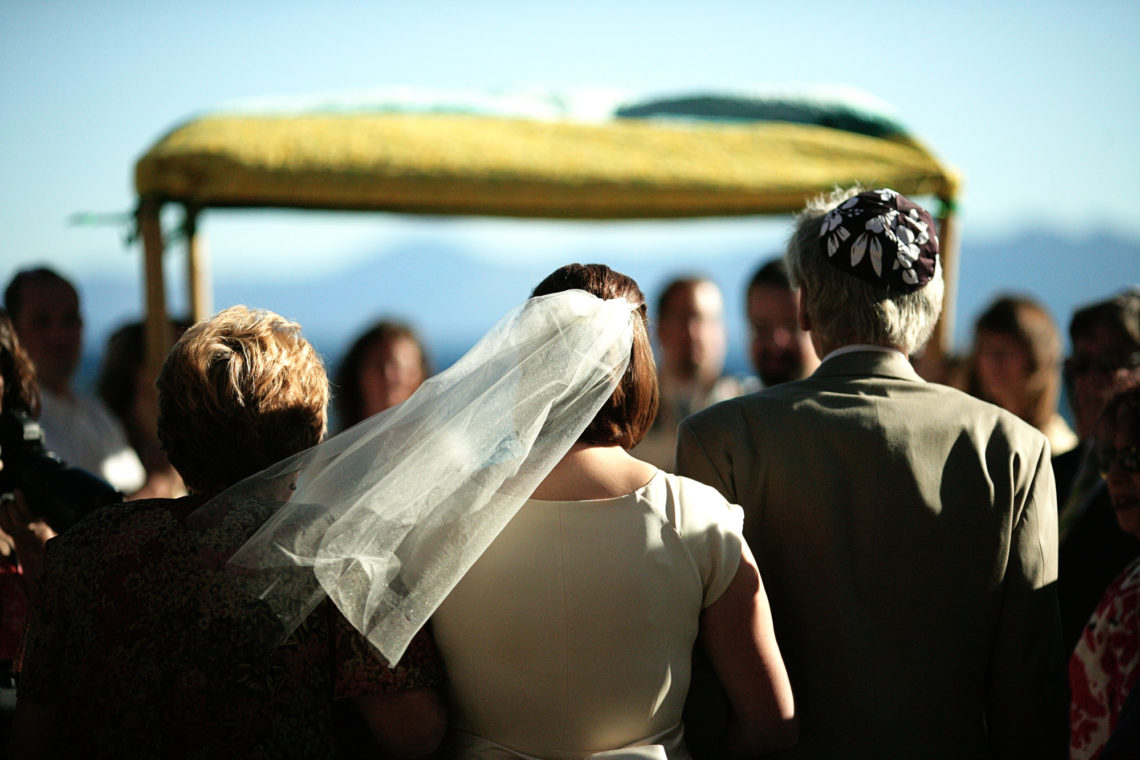 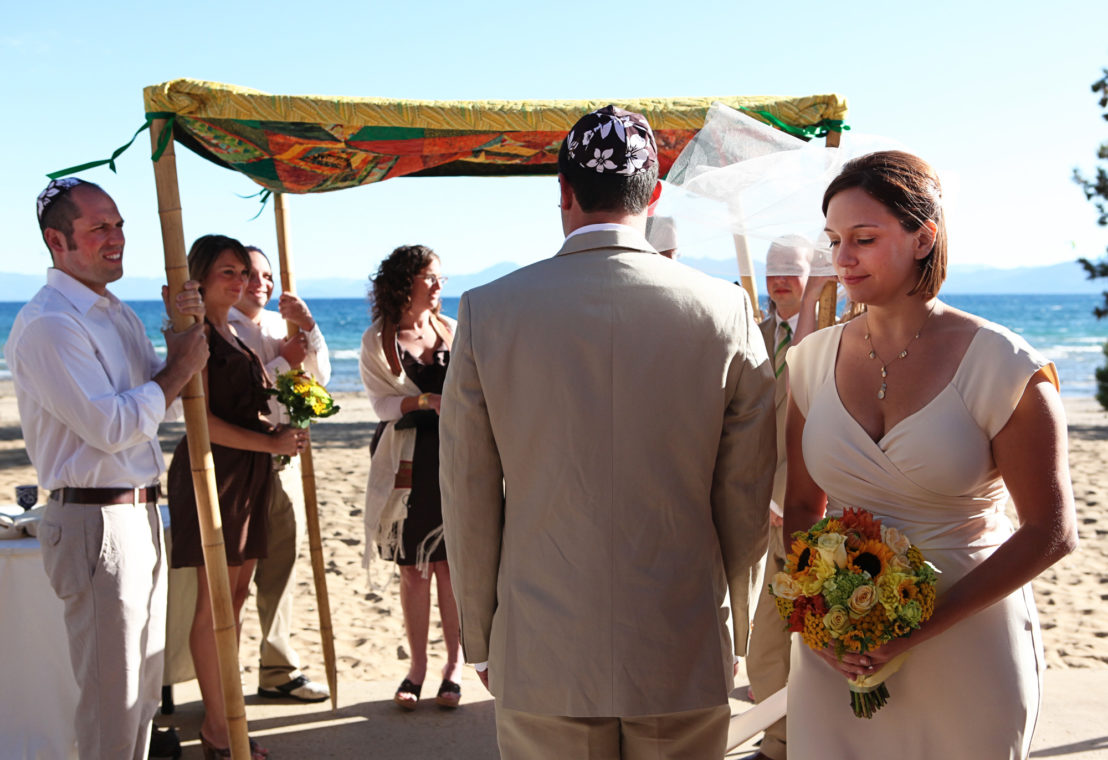 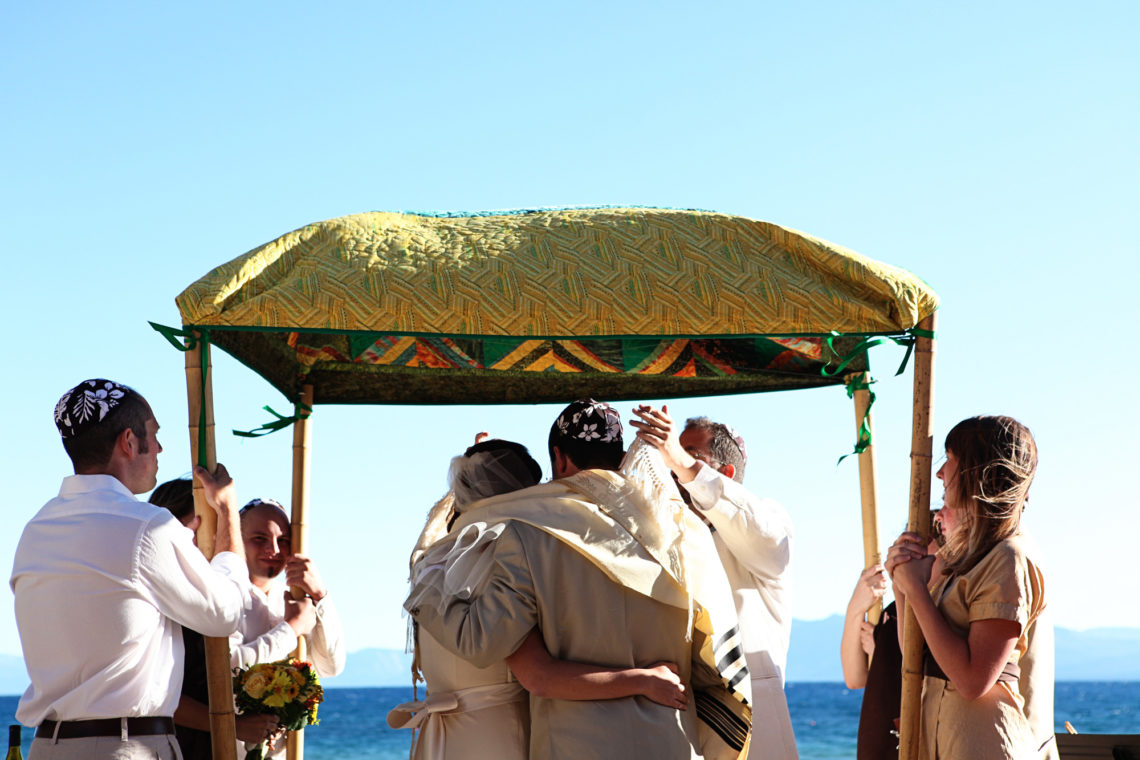 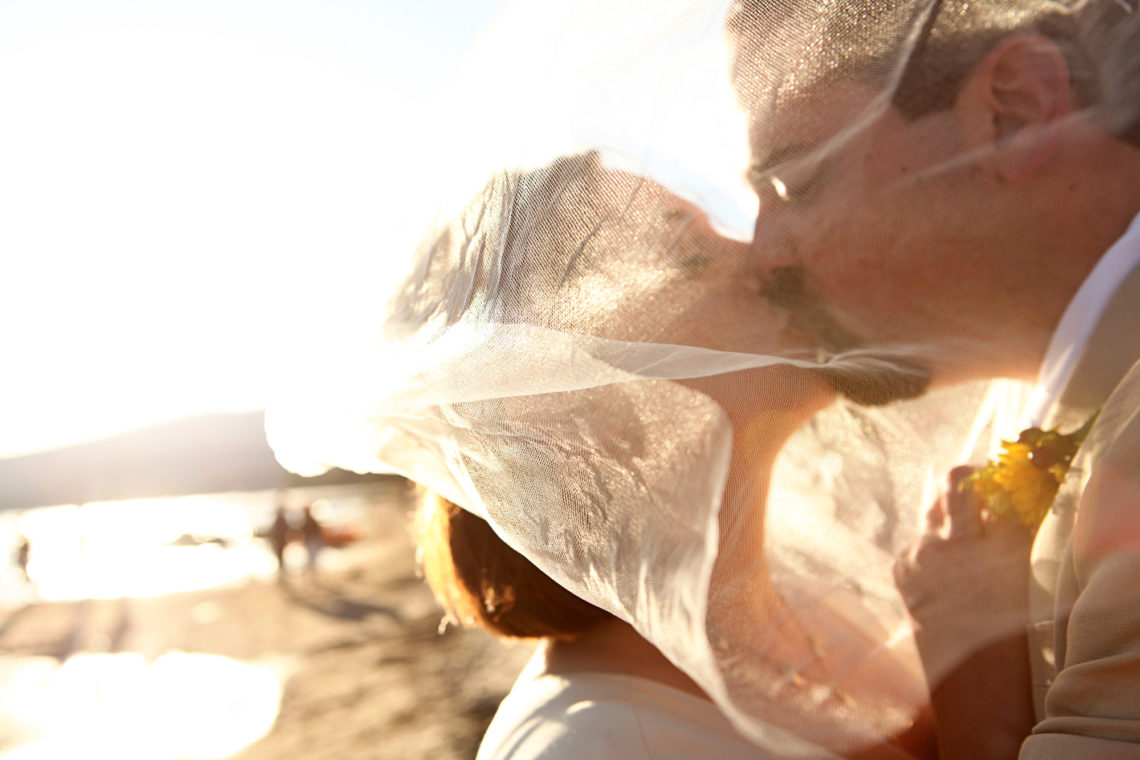 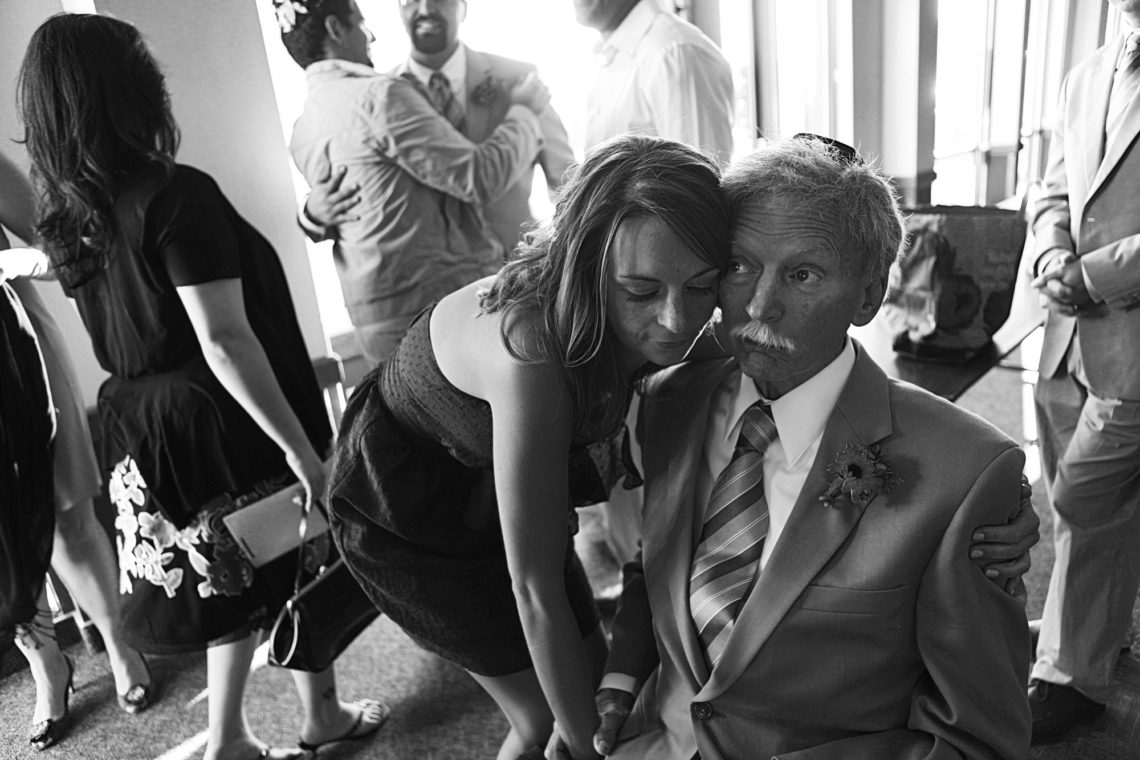 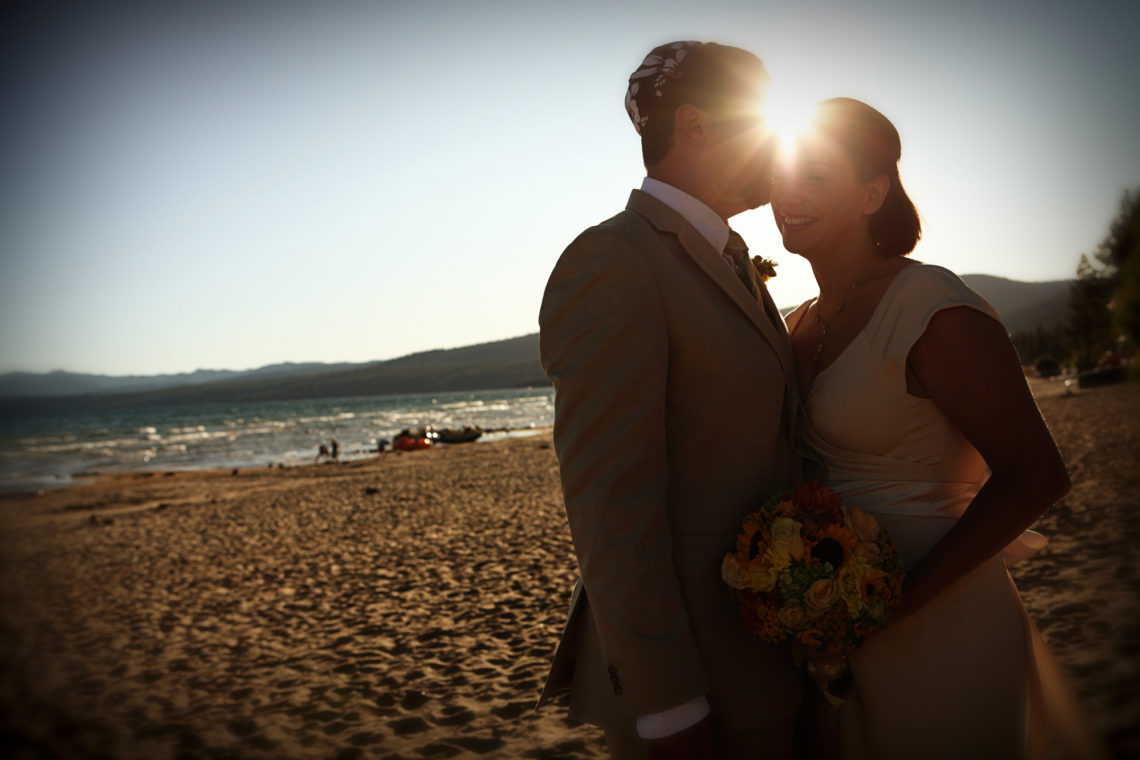 I have known Suzan since high school.  We worked at a summer camp together, and years later, she subsequently met Ben at a camp retreat.  I have to say, there is clearly something special about the relationships one builds working in the mountains.

Being true to themselves, Ben and Suzan were married on Kings Beach in Lake Tahoe, California, surrounded by trees, water and lots of love.  Suzan’s father is ill but he was able to walk down the aisle with Suzan and her mother, a milestone that their family was very happy to see happen.
Previous: Valerie + Matthew
Next: The New York Times