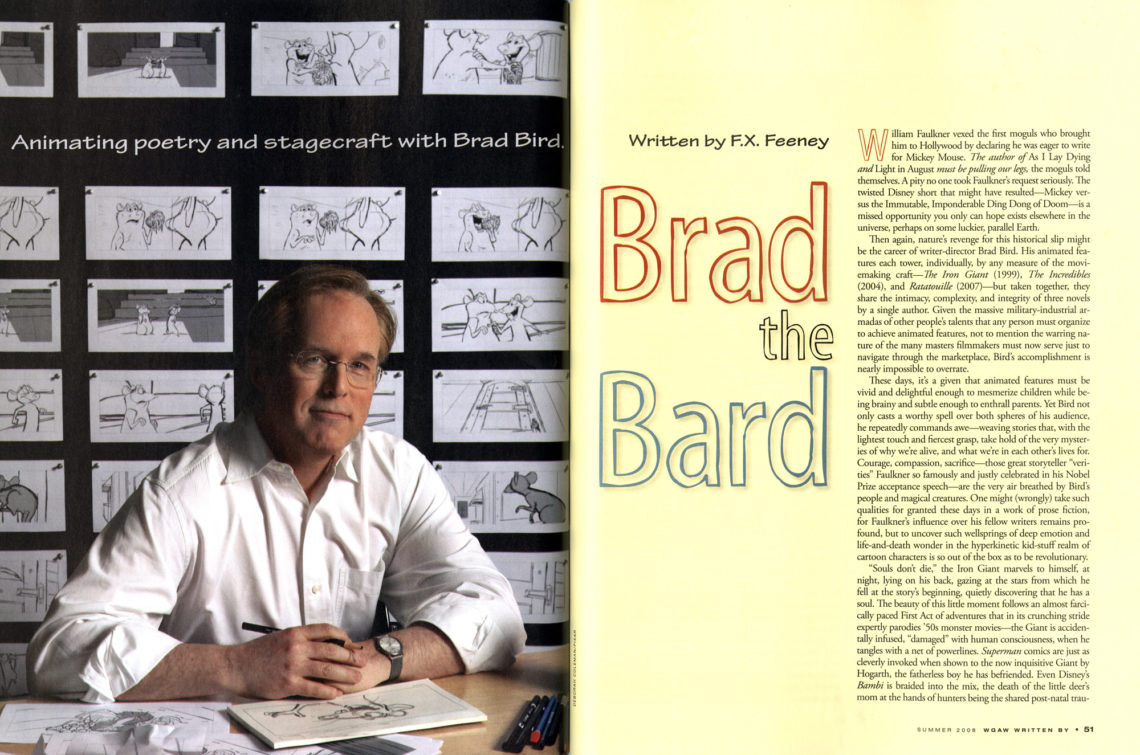 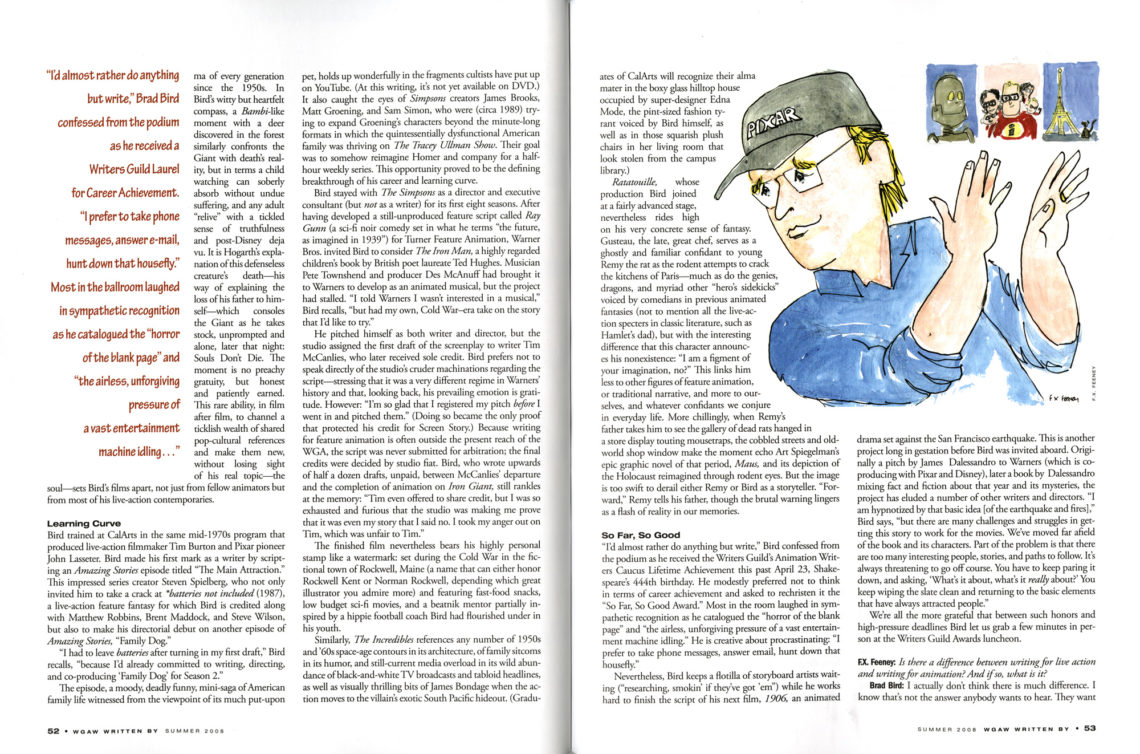 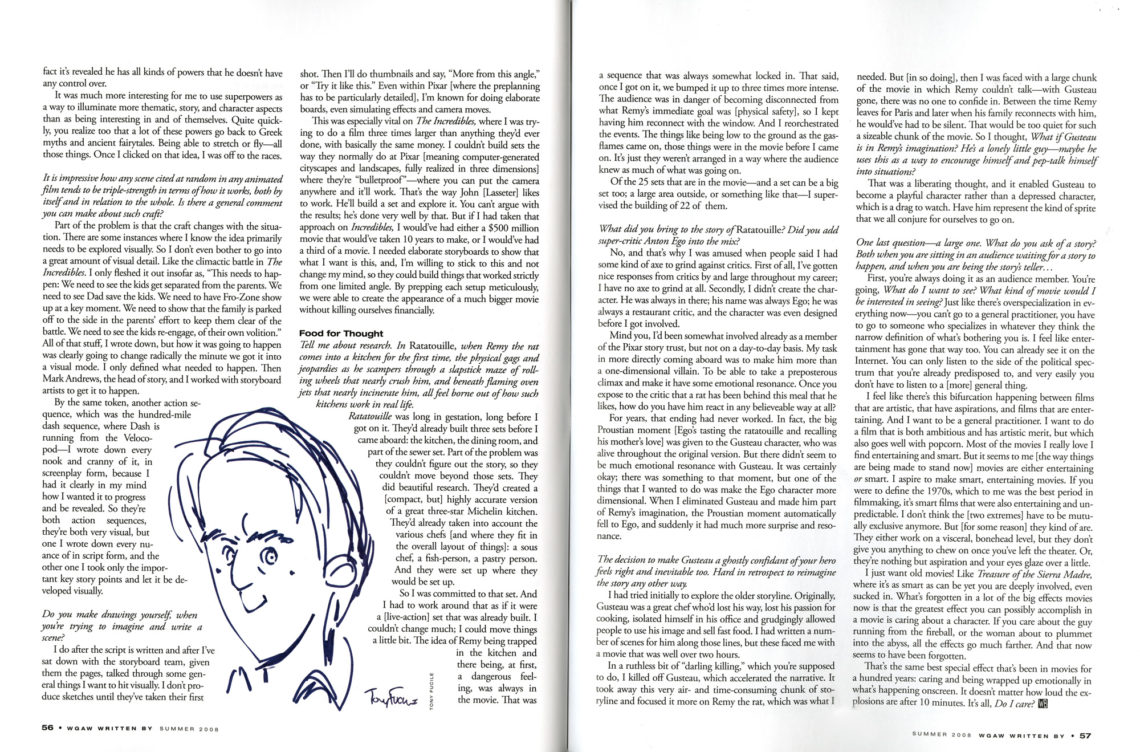 Written By is the official publication of the Writers Guild of America and the premier magazine written by and for television and film writers.  Written By provides a unique look into the art, craft and business of writing in Hollywood. The Summer 2008 issue features an article about Director Brad Bird, who wrote and directed the Academy Award winning films The Incredibles and Ratatouille.