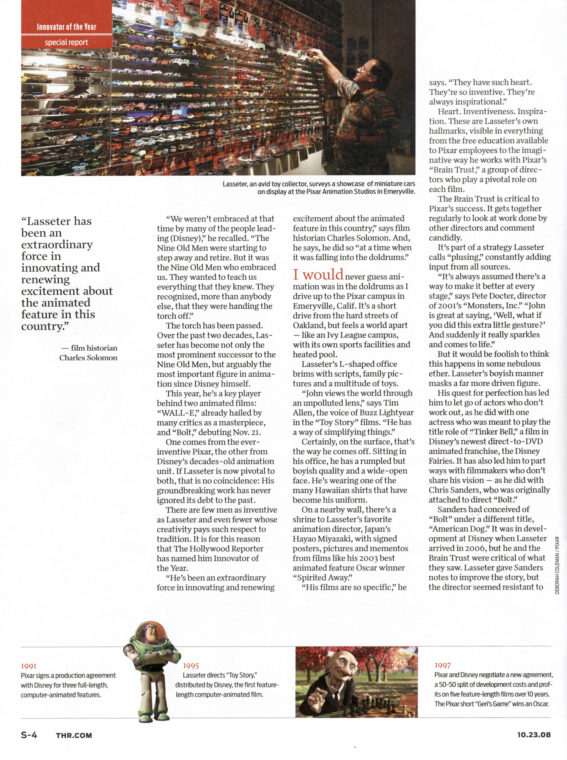 Chief Creative Officer of Walt Disney Animation Studios and Pixar Animation Studios John Lasseter was named “Innovator of the Year” by The Hollywood Reporter.  The magazine published a nice layout (including images I took of John during the Cars film production) and an insightful article, which you can see the first two pages above.  To read the article go here.