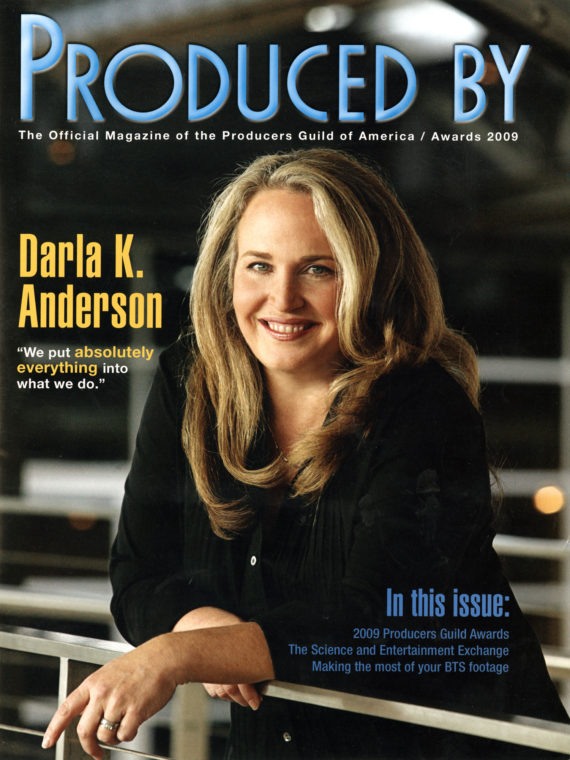 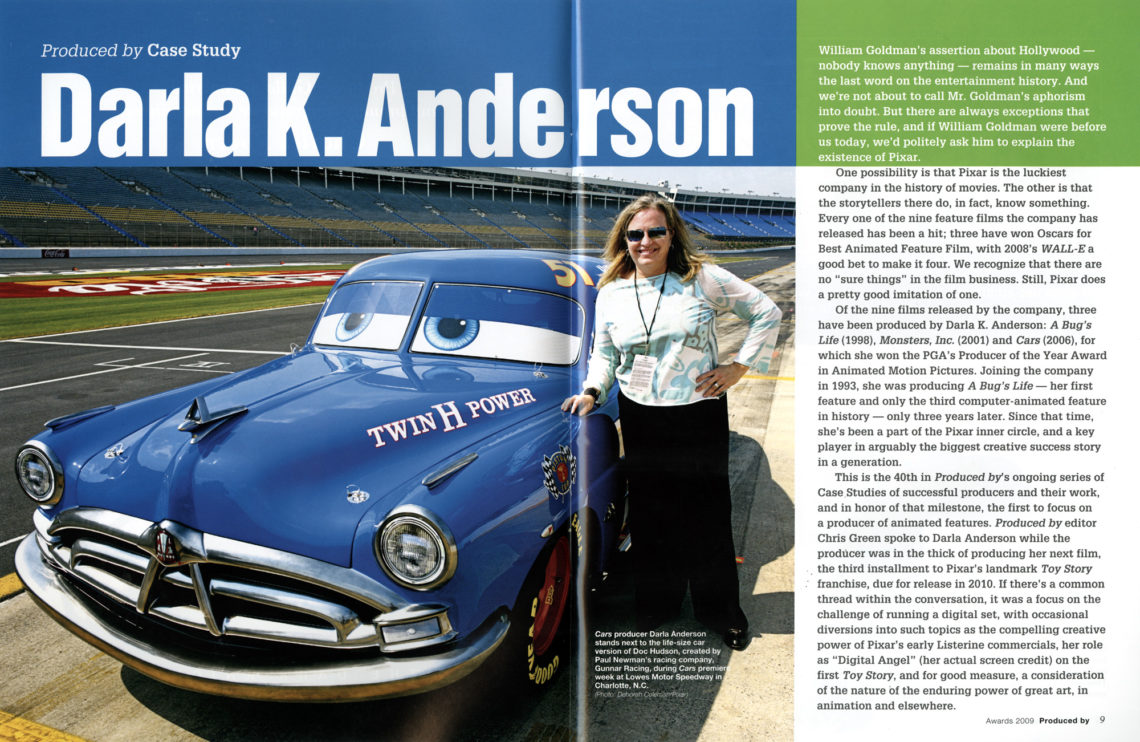 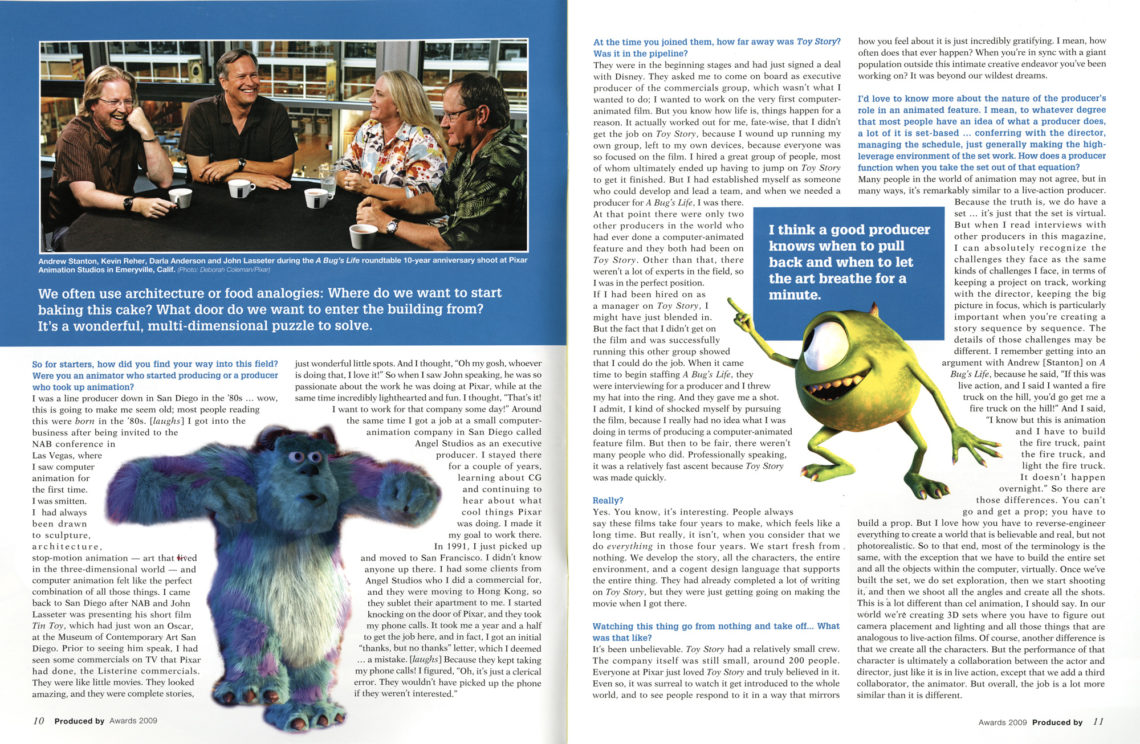 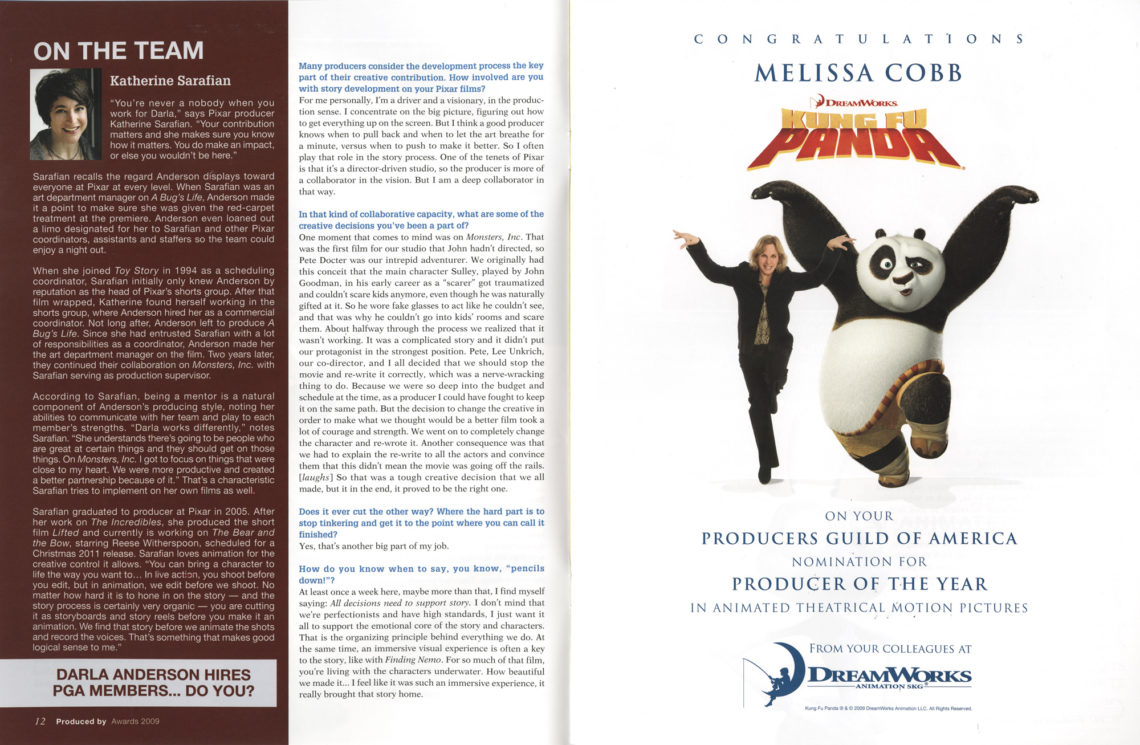 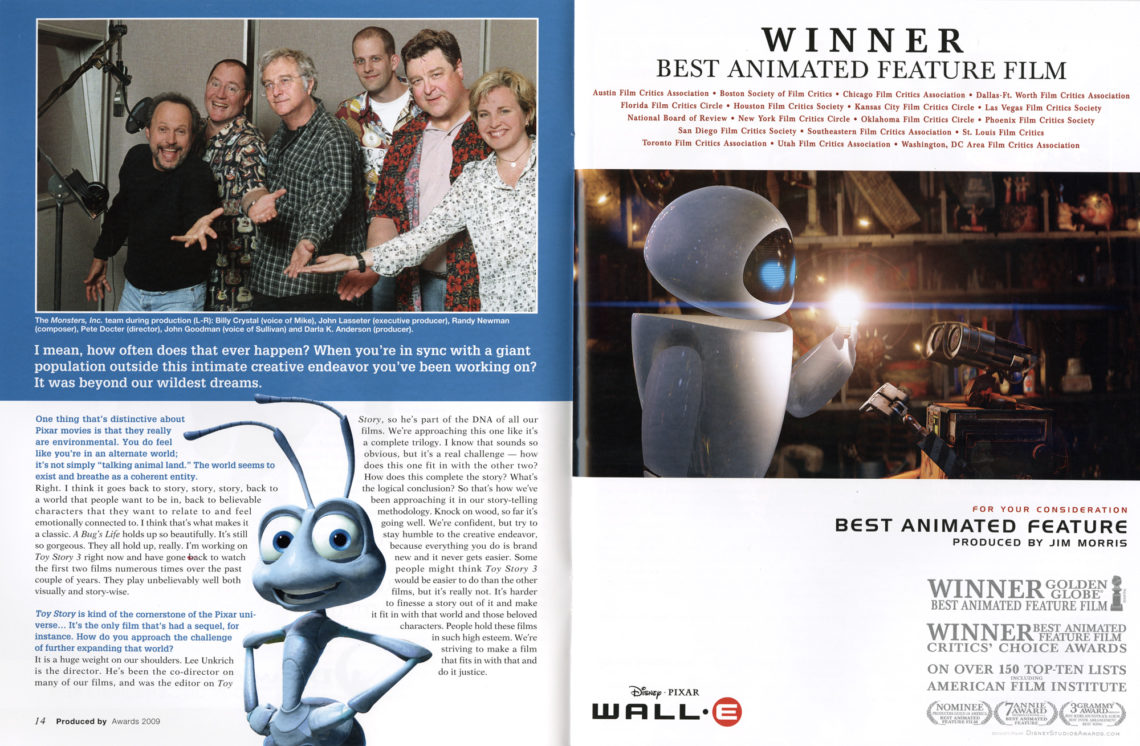 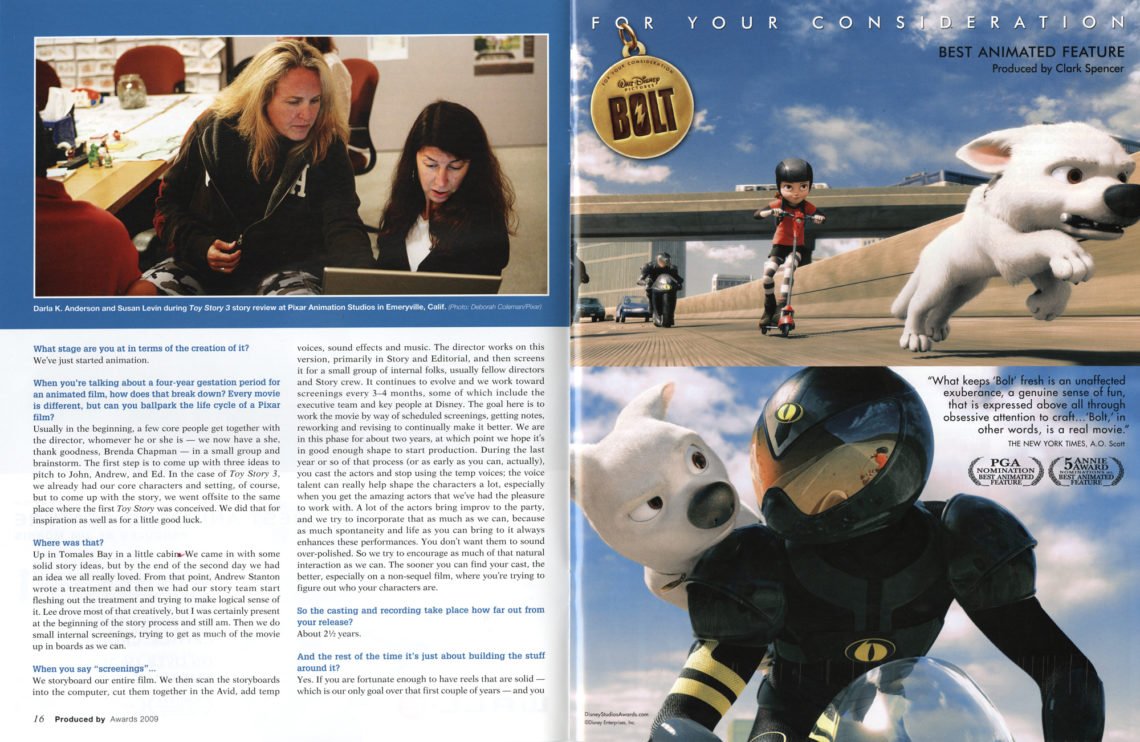 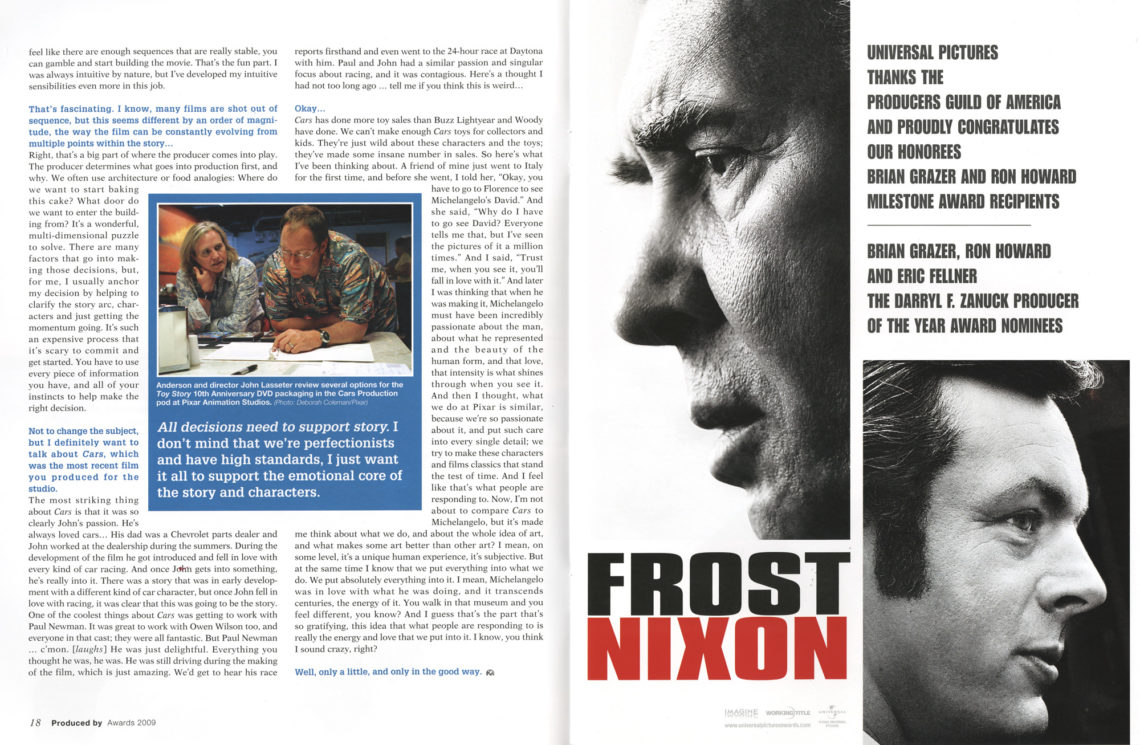 Producer Darla K. Anderson was interviewed for the cover article of the Awards 2009 edition of Produced By, the official magazine of the Producers Guild of America.  It is the first time an animation producer has been on the cover of the magazine.  Darla was the film producer on Pixar Animation Studios’ A Bug’s Life, Monsters Inc. and Cars.