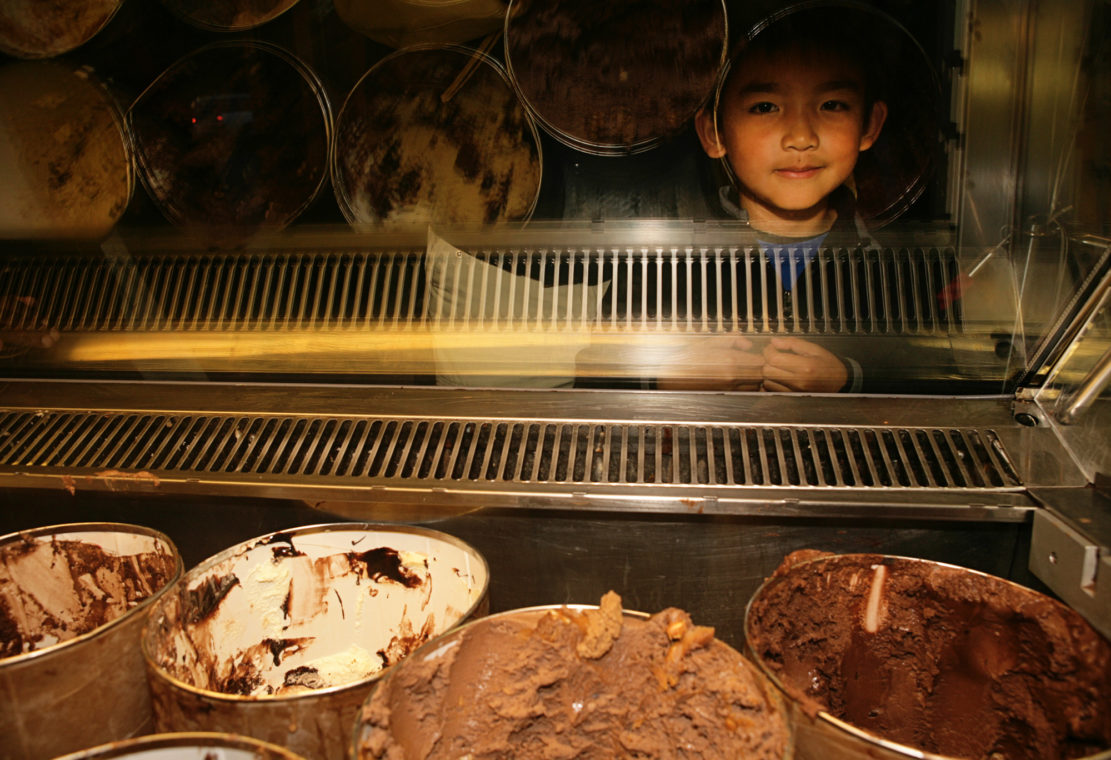 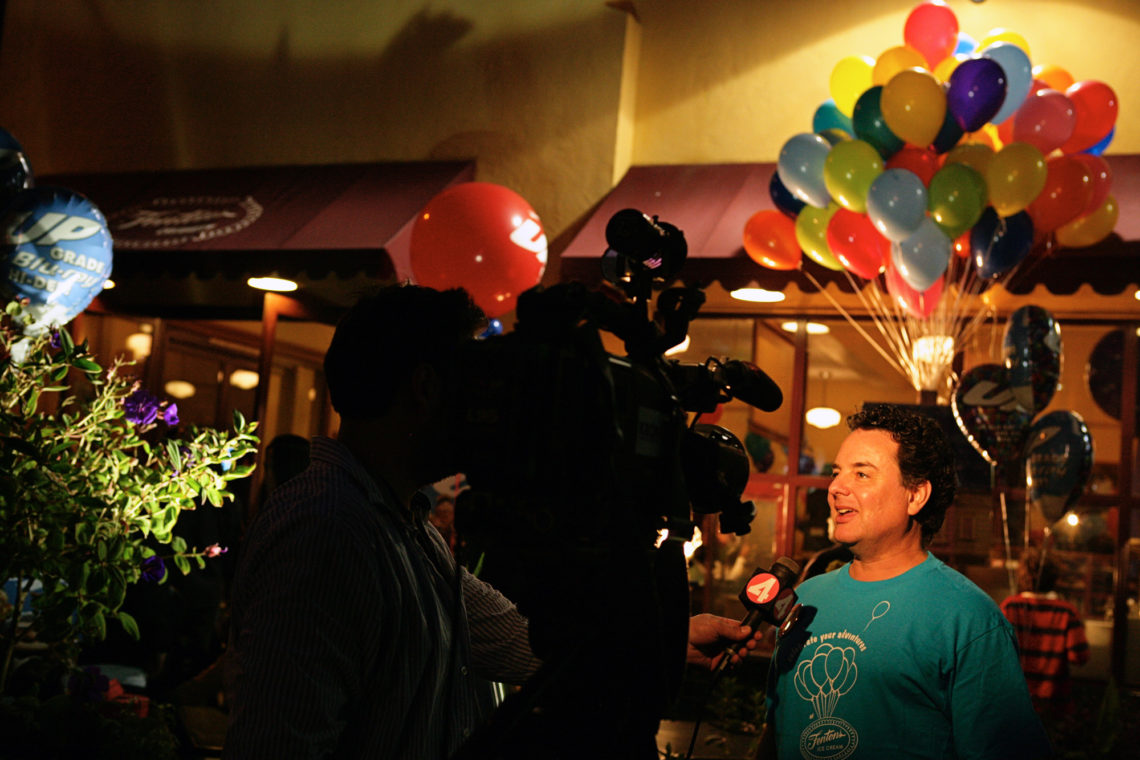 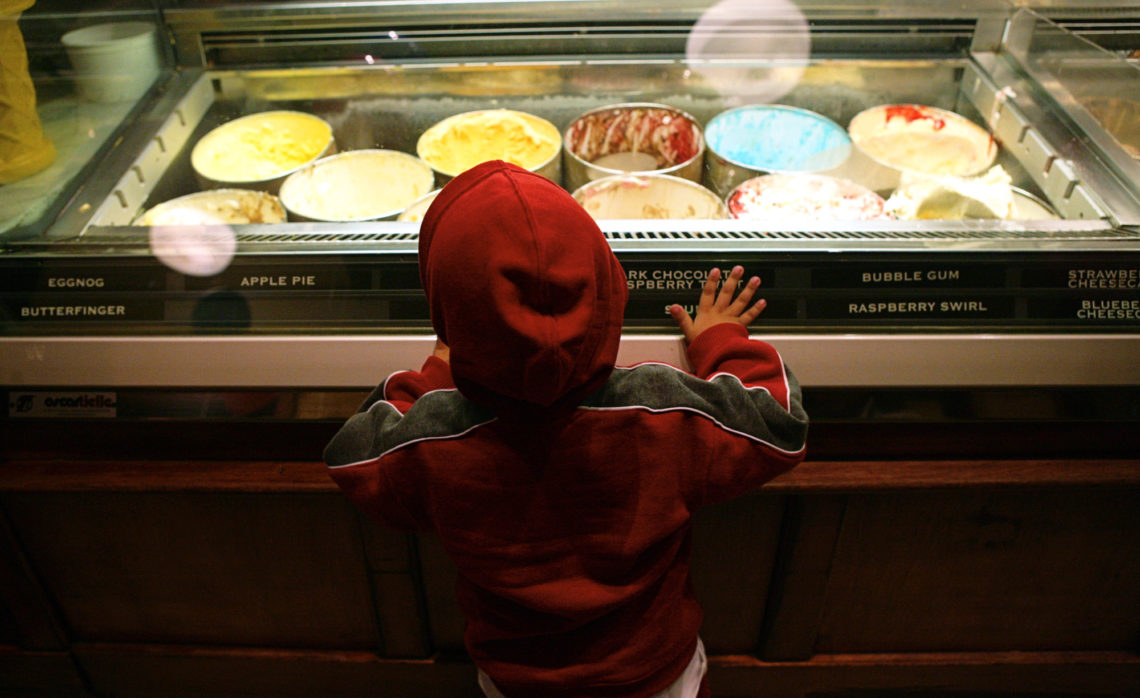 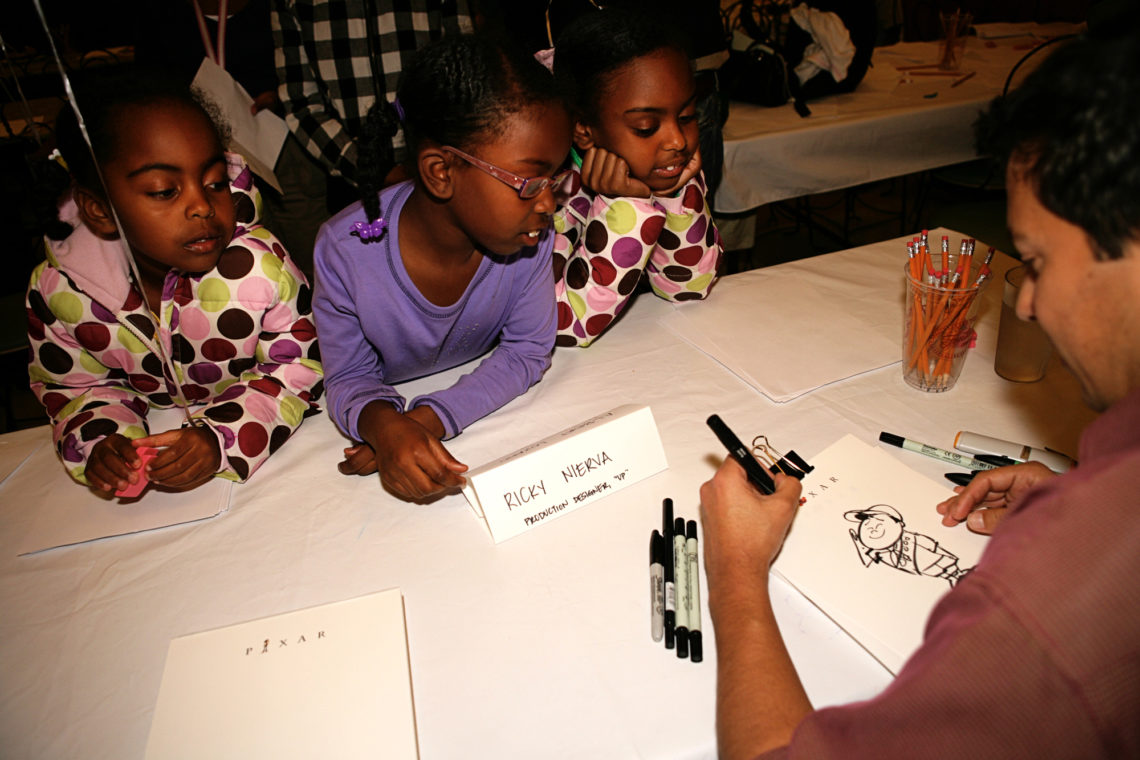 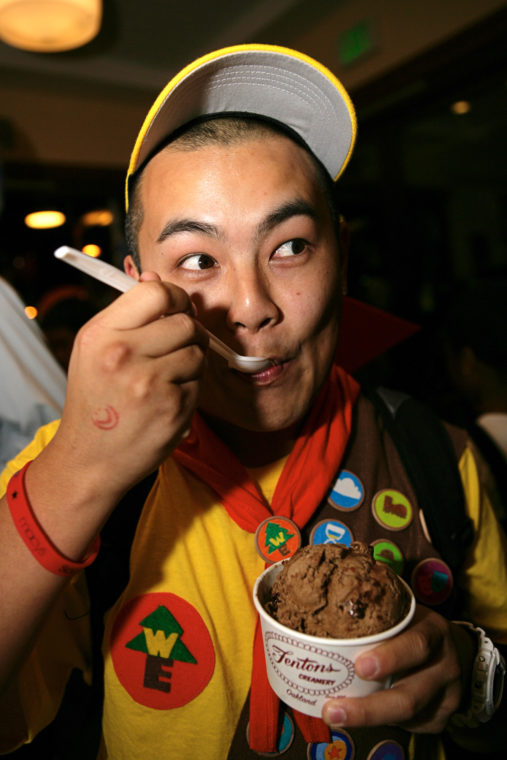 Fentons Creamery, an Oakland landmark for over 105 years, was featured in Pixar Animation Studios’ film “Up.”  In honor of the “Up” DVD release on Tuesday, Fentons hosted a party including a special ice cream sundae called “The Spirit of Adventure,” Up Production Designer Ricky Nierva and artist Albert Lozano drew characters for children, and other fun activities.

Here are some images from the evening, including Fentons owner Scott Whidden interviewed by KRON 4 News, artist Albert Lozano drawing and a Pixar Animation Studios fan dressing up like Russell, one of the main characters in “Up.”