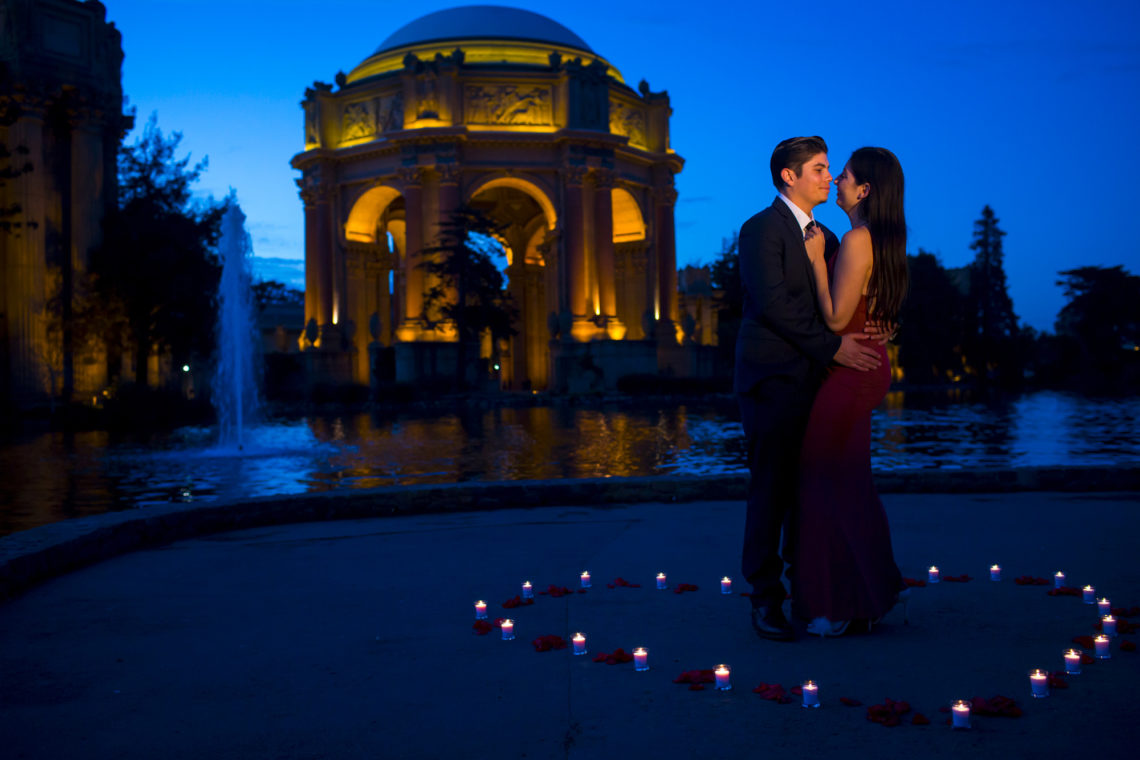 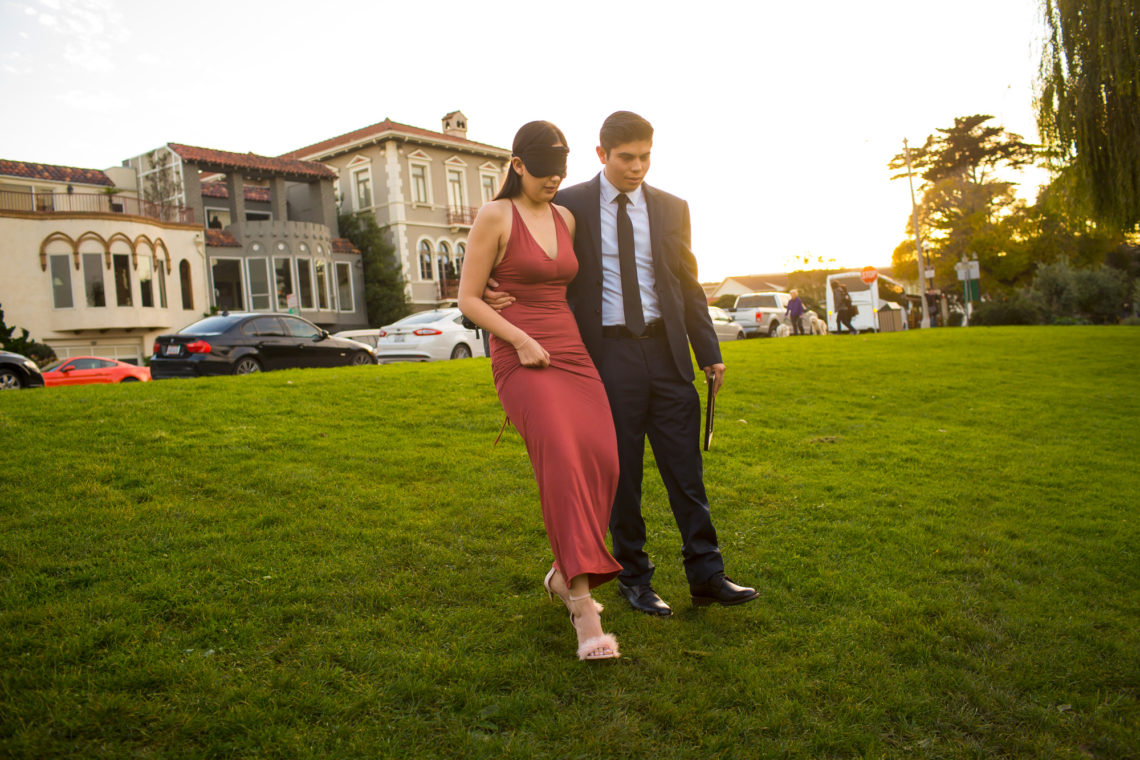 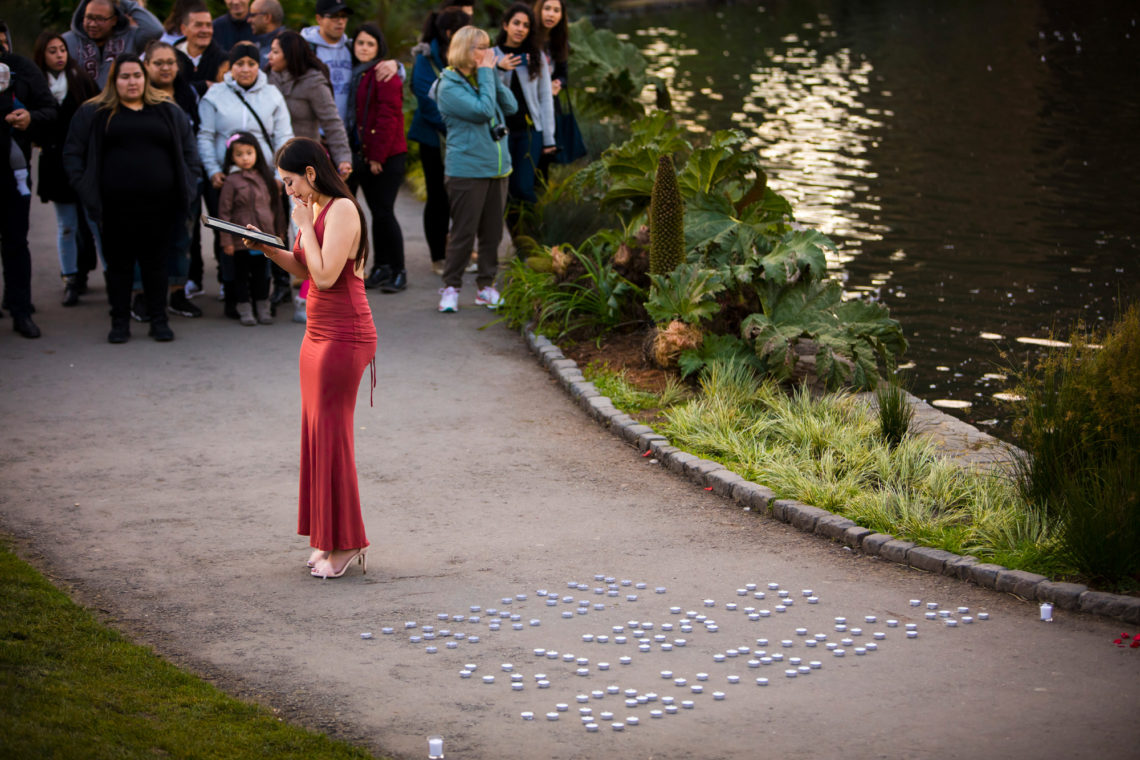 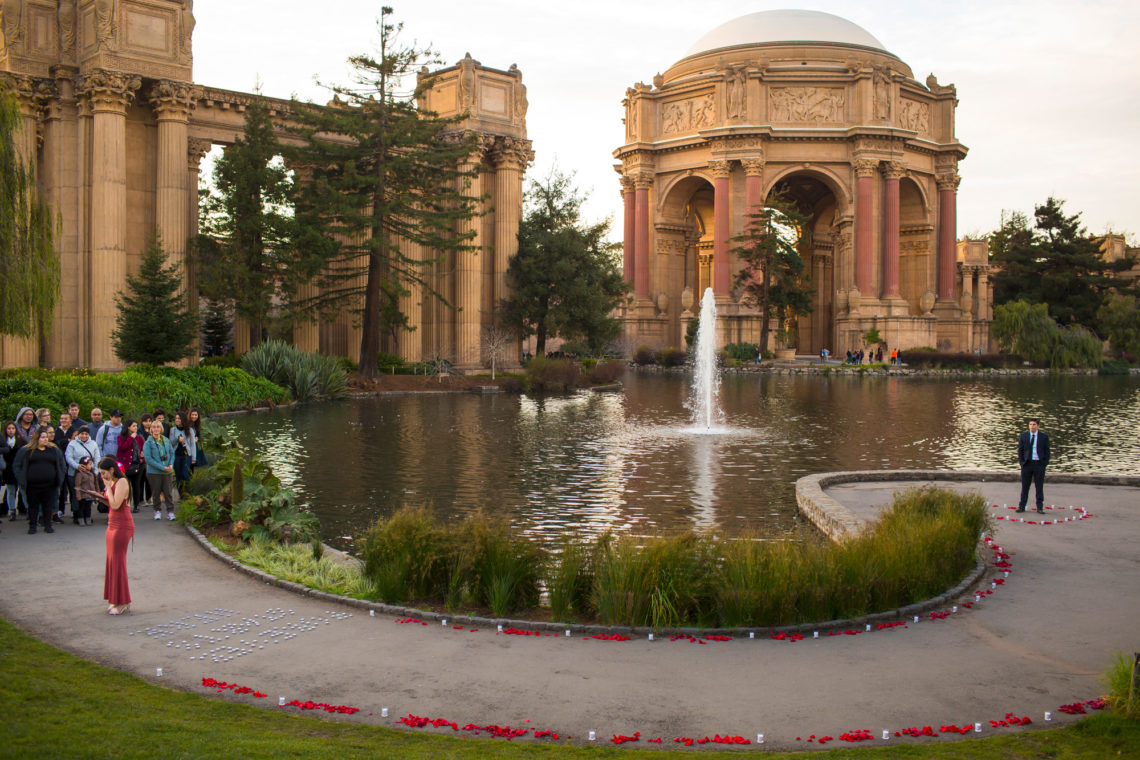 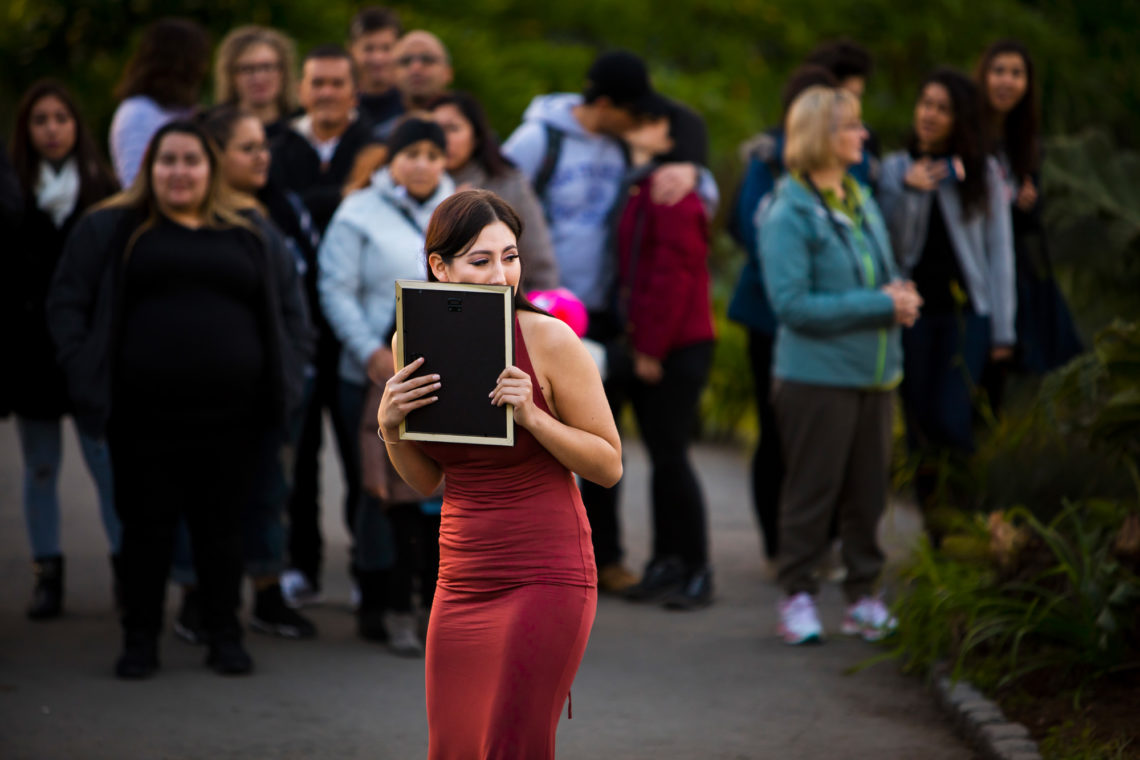 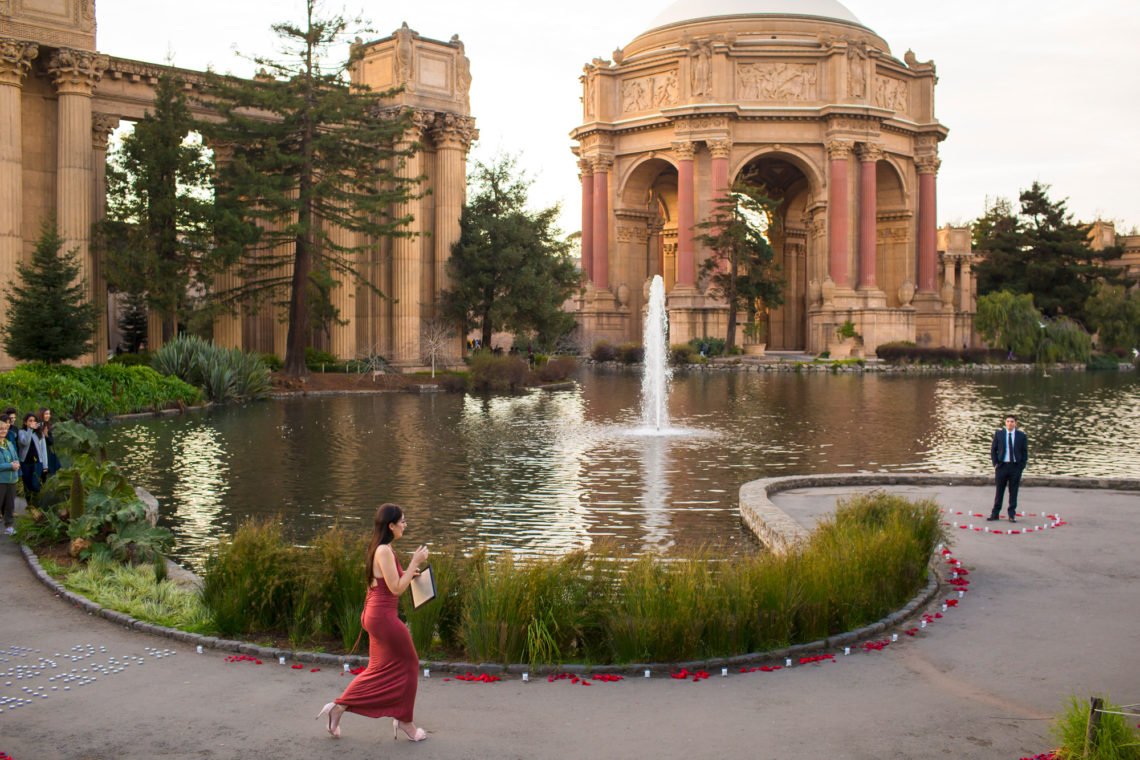 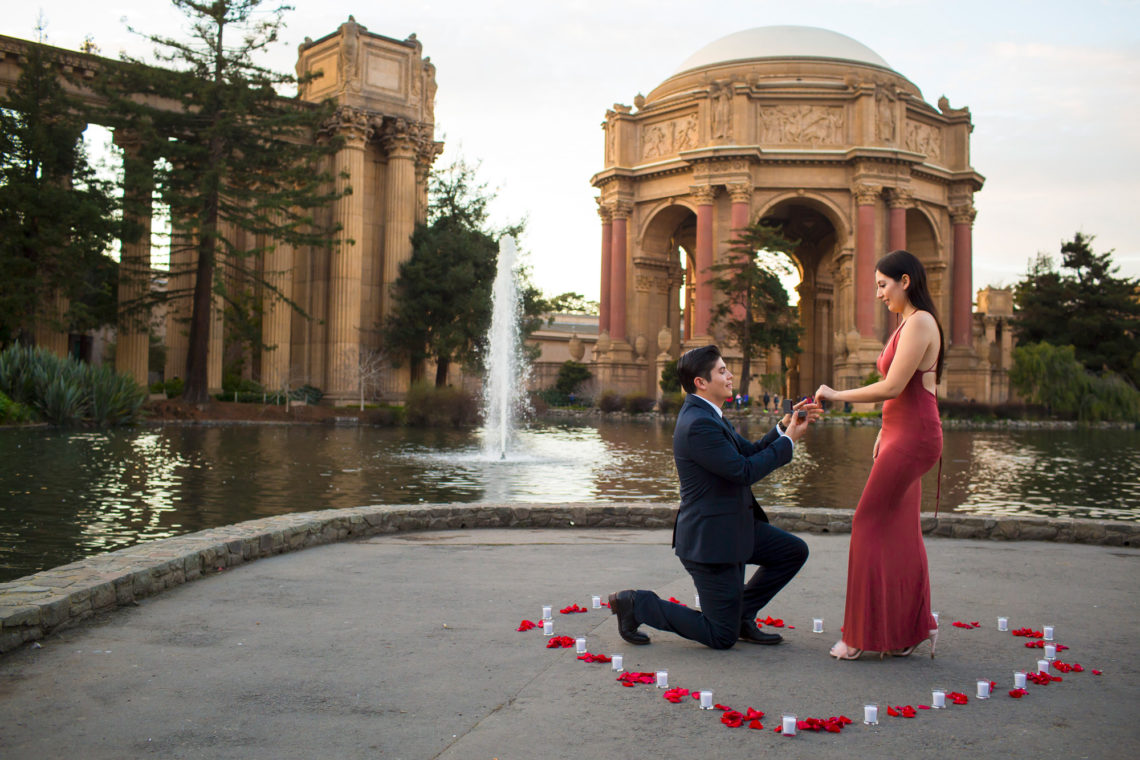 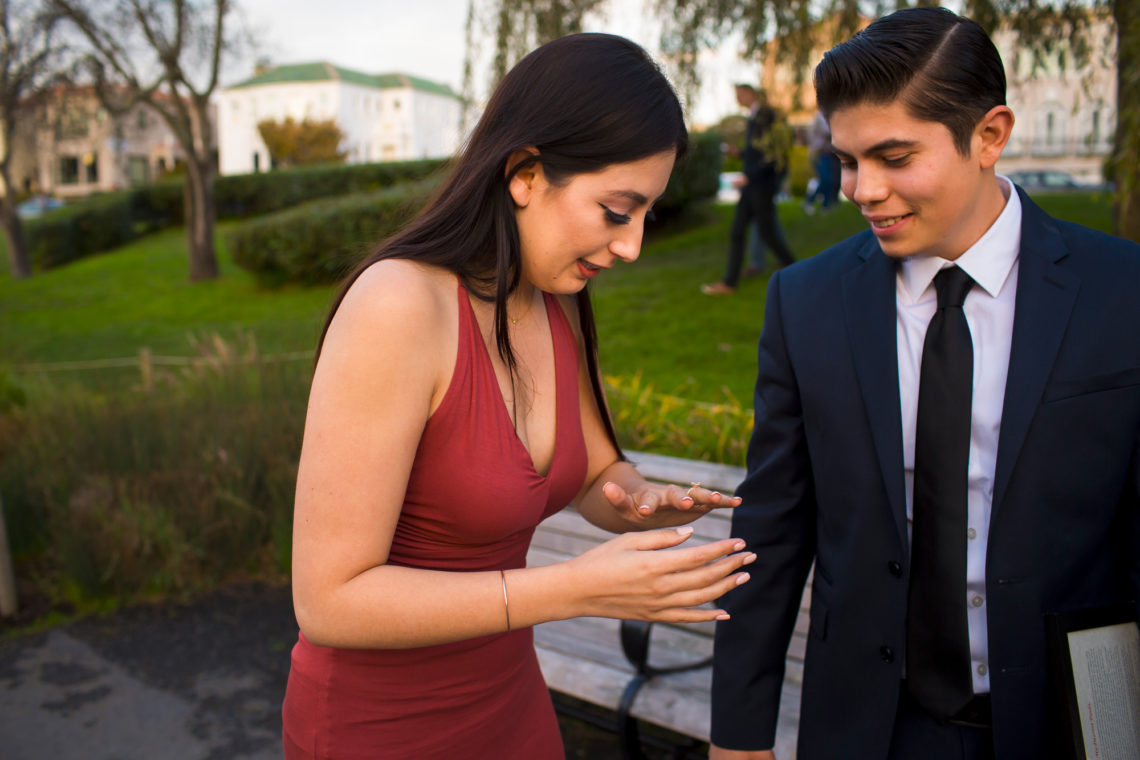 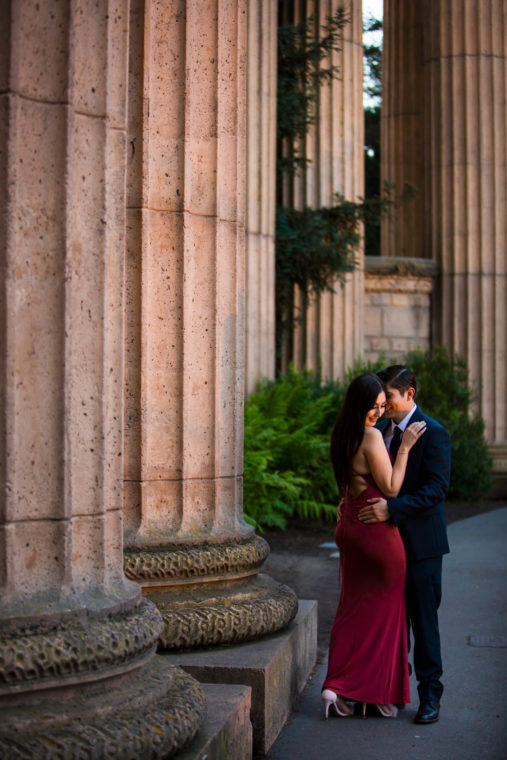 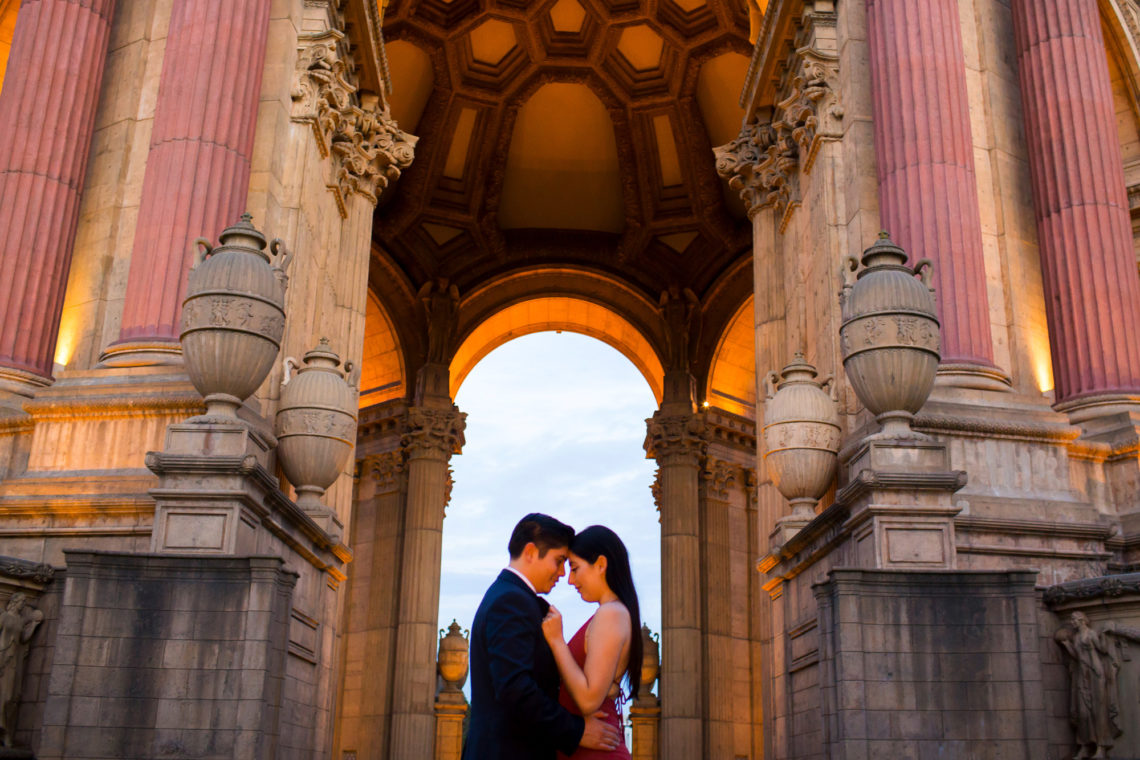 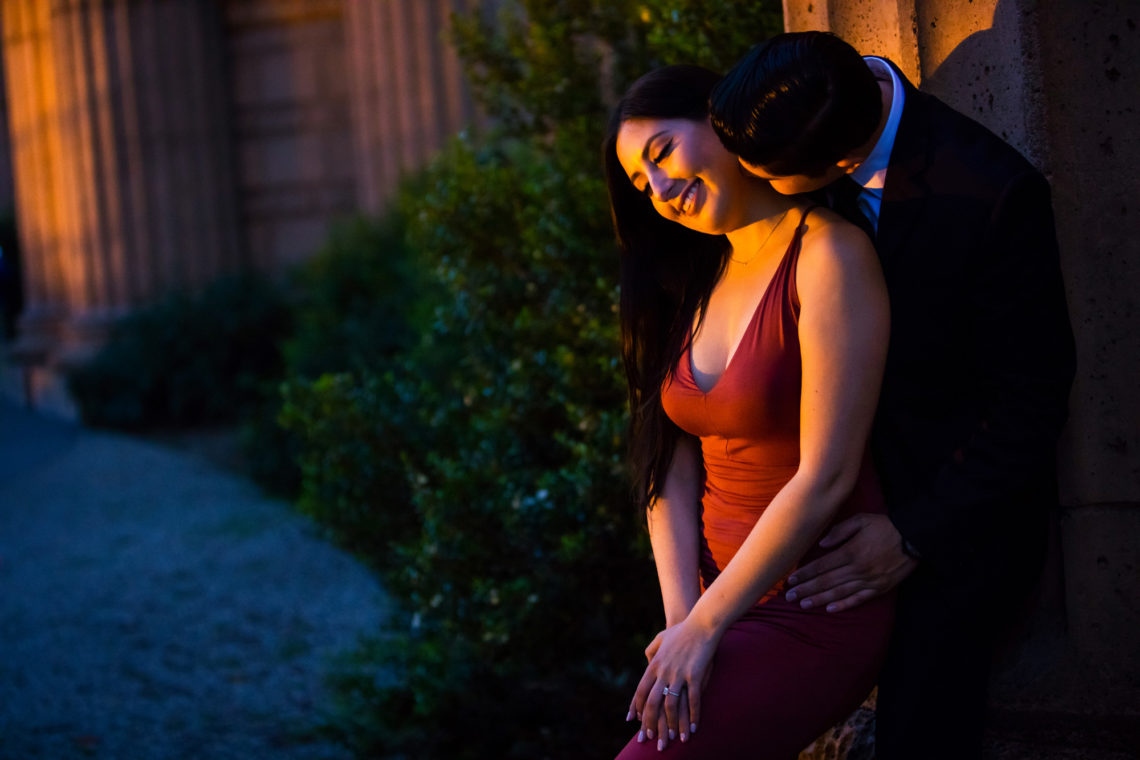 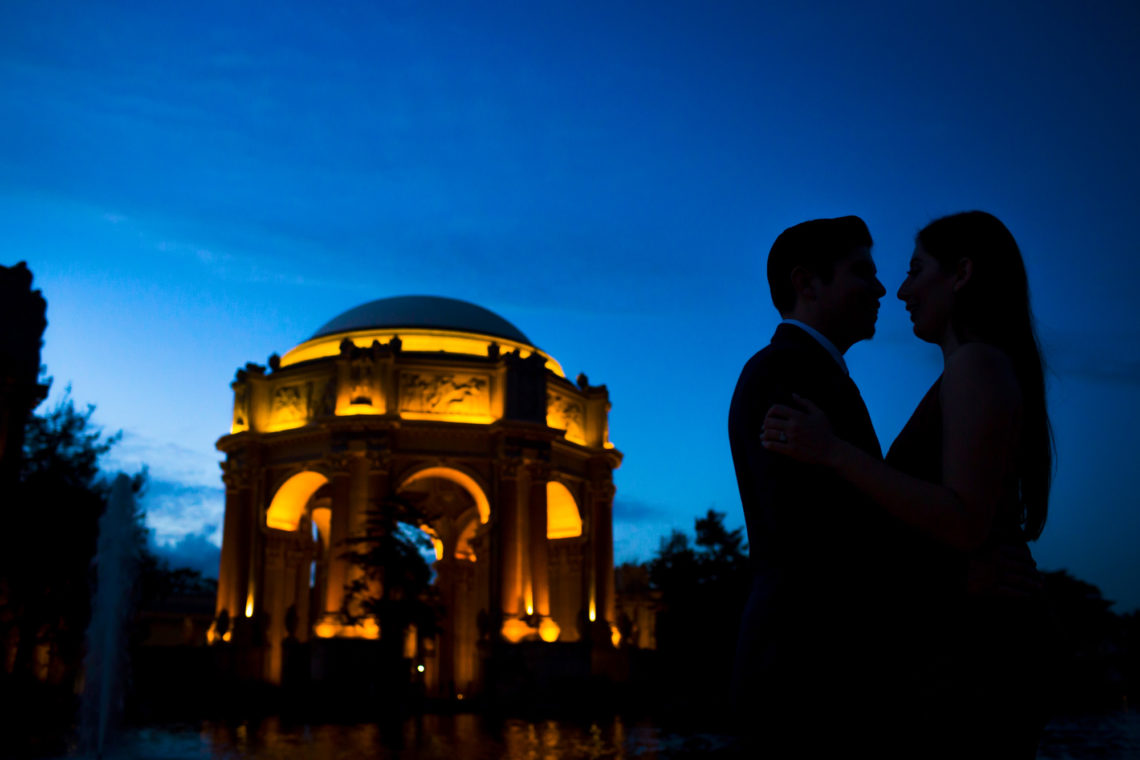 A perfectly orchestrated marriage proposal was crafted by Luis for several months.

Leading up to the day, he shared his intricate plans and asked that I document the moment.  On the day after Thanksgiving, Luis and Paula, his girlfriend of five years, spent a romantic day in San Francisco, culminating at the Palace of Fine Arts.  Wearing an eye mask, Paula was led down to the path in front of the lake.  Little did she know, Luis’ sister and brother-in-law had implemented Luis’ plans down to the last detail.  By this time, a crowd had formed around the path to witness the proposal at sunset.  Paula was blown away, and upon her response of “yes!” a loud cheer went up throughout the crowd.